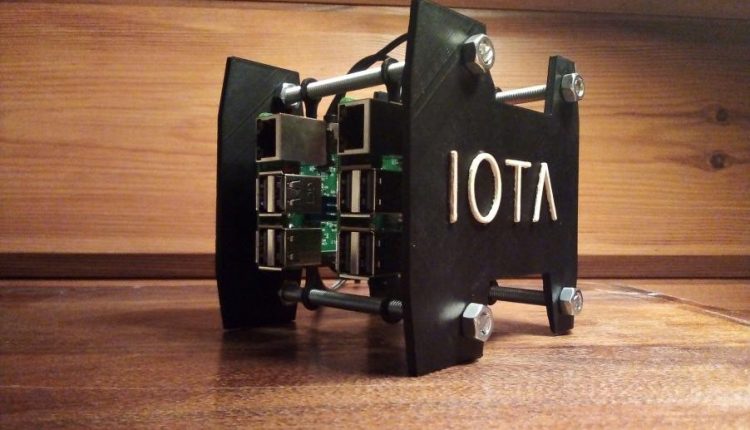 IOTA Controlled agenT, abbreviated Ict, is a project started by Come-From-Beyond (CfB, aka Sergey Ivancheglo), one of IOTA’s co-founder and co-director.
This project is now part of the Omega department of IOTA and is undergoing a full rewrite and code expansion, mainly by microhash.
The tutorial I made a month ago is no longer valid, as the “old” version from CfB is deprecated (and not even available on his github page anymore).

This new tutorial will explain how to install and use the new version (Omega-Ict) thanks to a wonderful installation script made by IOTA’s discord user schaeff (Phil#1641).

There is currently few information about the exact nature of Ict and its final role in IOTA’s ecosystem. Its main developers suggested that the end goal would be that Ict takes the place of the primary IOTA network, replacing IRI when the Internet of Things becomes a reality.
One of its main characteristics seems to be that it relies on sharding. That means it should be constituted of many small edge nodes (e.g. Raspberry Pis) that work together and act as it they were one single full node.

Ict is in fact the very backbone of this infrastructure. As of today, tt consists mainly of a gossip protocol to exchange transactions (using IOTA standard transaction model) between the participants. The true power of this project lies in the extensions (IXI) that can be added to increase the capabilities of the Ict network. These IXIs can basically do anything you want. That is where the community comes into play. Anyone can build its own IXI and provide new capabilities to the network. Some IXIs can for instance allow the creation of permanodes (by sharding the database between Icts devices), manage a platform for e-voting, allow for personal sub-tangle to be created in order to ensure the sovereignty of your personal data, keep track of in-game objects for online video games, …

Anyway, more official information will come in due time from the IOTA foundation, once the system finalized. Currently, Ict is still in testing phase and its transactions are made on a testnet, without any interaction with regular IRI nodes.

As of today, Ict can run on any device connected to internet able to run java. It can be a Raspberry Pi, a Rock64, a regular computer, a VPS, any Virtual Machine or even an Android Phone.

The present tutorial only covers the Ict installation part. Some very nice guides already exist to explain how to initiate the most common devices easily and make them ready for Ict installation.
– Setting up a Raspberry Pi
– Setting up a free google VPS
– Setting up an android phone (more complicated, only the setup part is still valid, the lasts steps are for the old ICT version)

This tutorial will mainly focus on the installation for a Raspberry, but the general idea is the same for every other device.

Preparation of the device

This section assumes you already have a device running and connected to the internet. If you need guidance for it, refer to the tree setup tutorials linked here-above.

The full article was originally published by Lambtho on Medium, where people are continuing the conversation by highlighting and responding to this story.
cryptocurrencyictIoTIOTAIOTA Newsraspberry-pi