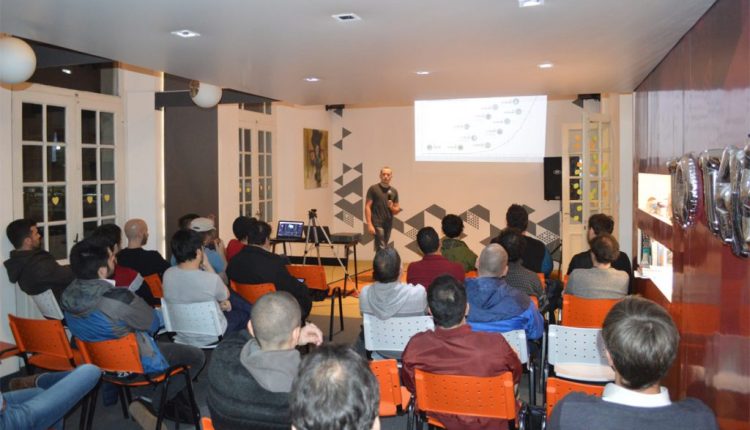 Last week was very exciting here in Argentina as we held a Meetup with participation of ConcientizAR and Nicolas Schteinschraber (third prize winner at The Perfect Brainstorm). We also officialy inaugurated the IOTA Argentina Community Cluster office and had some great meetings with Ramiro Podetti and Néstor Vázquez from ConcientizAR in order to discuss future collaboration connecting the products they work on with the IOTA Protocol.

We have been conducting montlhy Meetups/Workshops for almost 1.5 years now to spread the word about IOTA into the IoT and DLT LATAM communities. This year we have a new goal: every Meetup will have a speaker working with IoT that does not have yet approached IOTA.

Because of this, the first talk was (and will always be) about IOTA fundamentals. Aimed to an audience that has not yet dive into this fascinating world. Nicolas Pedroso was in charge of introducing the IOTA Protocol and also answering many challeging questions.

ConcientizAR: Energy as a Service, a sustentable approach

Ramiro Podetti and Néstor Vázquez presented their devices and applications to live meassure energy consumption and allow events depending on usage. They came in with a lot of «toys» and did a demo in which attendees could see how consumption was being meassured and spiked as they turn a hair dryer on. ConcientizAR seeks to raise awareness about the way we misuse energy and to find ways to reward those who practice a responsible energy usage.

You might remember The Perfect Brainstorm contest launched by IOTA Foundation. Nicolas Schteinschraber and Federico Gonzalez won the third prize with their concept of Circular Energy Management. We had the honor of having Nicolas taking the audicence through the whole concept of having a charging station network for power charging based on solar panels. Amazing talk that left all of us thinking. Congrats again to Nico and Federico for this great project!

Wow! Yeah, we finally officialy inaugurated our office at Espacio Bitcoin. This will be a place of work, community interaction and house for reunions with actors of the IoT sector. Some months ago we decided to give this step by renting an office and asked for donations to buy some basic

The full article was originally published by Daniel De Michele on IOTA Hispano, where people are continuing the conversation by highlighting and responding to this story.
ArtículosConcientizARIACCIOTAIOTA Argentina Community ClusterIOTA MeetupIOTA NewsNéstor Vázquez

IOTA — The elephant in the room