Plastic waste poses one of the biggest problems to our environment these days. Sometimes people wonder if and how they can do something to prevent these problems – just as Markus Gebhardt did. he has found a way to tackle this challenge by using IOTA’s cutting-edge technology.

Markus was inspired to do something against the “plastic challenge” when he was confronted with the huge piles of plastic lying around in his holiday destination’s beach. So he had an idea and asked others for help in realizing this idea on the internet – fortunately he found several people who are willing to make their dream of a better plastic waste recycling management come true: Deposy (which stands for Deposit System) has come to life.

CURRENT PROBLEMS WITH REGARD TO PLASTIC WASTE RECYCLING

Currently, 400 million tons of plastic are produced annually worldwide and plastic production is expected to double in the next 20 years. According to a study by management consultancy McKinsey, more than 30 percent of all plastic packaging does not enter an orderly recycling cycle, but is disposed elsewhere at the expense of nature. The experts estimate the resulting economic costs at 40 billion dollars per year. Micro-plastic particles produced during the decomposition of plastic waste are absorbed by humans and animals through nutrition and breathing air. According to experts, this entails increased health risks. […] The association believes that global plastic avoidance offers the greatest opportunity to restore the ecological balance. However, from a global perspective this is unfortunately an illusion, as scientists assume that plastic production will increase in the coming years. Looking at Europe, most plastic waste is either incinerated or shipped to Asia. A far too small percentage is actually recycled. (source: Deposy website)

Deposy’s idea is simple: Providing incentives to people to bring their plastic waste back to a disposal container and thereby ease the process of sorting and recycling plastic waste.

The full article was originally published by HelloIOTA, where people are continuing the conversation by highlighting and responding to this story.
IOTAIOTA NewsNewsPlasticsRecycleSmart Waste

Ledger Black Friday – Enjoy 30% off everything! 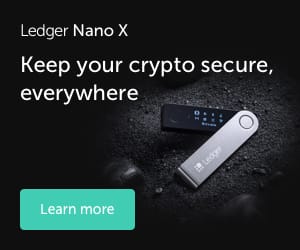